The portion of Stuart Livingstone Brown memorial that you are trying to access requires an extension in order to become active again. Would you like to contribute to the memorial?s extension? 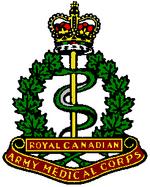 After a protracted illness, Stuart died in his sleep on 20 October 2018. He is survived by his wife of 72 years, Anna Doreen (Lambert), his three children, John, Michael (Diane), and Suzanne Hawkins, his brother Ron (Val), sisters-in-law Adrienne (Milne), Audrey (McCready) and Edna (Brown), brothers-in-law Norm and Bud Lambert, his grandchildren and great-grandchildren, nephews, nieces, great nephews, and great nieces.

Stu served his country in many roles. During World War 2, he served in the United Kingdom and the Netherlands with the Hastings and Prince Edward Regiment, and post-war he served until 1977 with the Royal Canadian Army Medical Corps and the Canadian Forces Medical Services. Stu also volunteered with the St John Ambulance for a number of years. Thanks to his military service, he and his family were fortunate to have had the opportunity to live in many parts of Canada, including both coasts, in three countries, and on two continents.

Stu also served as the deputy-Mayor and Commissioner of Police for Annapolis Royal NS. He was a lifetime member of the Royal Canadian Legion, having held many positions in Port Royal Branch 21 and the Nova Scotia/Nunavut Command.

Stu’s family would like to thank the staff and nurses of Ottawa 2 East at the Perley Rideau Veterans’ Health Centre, particularly André and Tatiana, his day nurses, for the thoughtful and compassionate way they looked after Stuart. We would also like to thank Brianna for keeping us well informed on his status and any concerns. Finally, we would like to thank Comfort Keepers’ Christina for faithfully visiting and cheering him up twice a week for the past three years.

There will be no visitation. Interment will take place at 10:00 am on Saturday 27 October 2018, at the National Military Cemetery, Beechwood Cemetery, 280 Beechwood Ave, Ottawa. Guests are asked to assemble for 9:30 am at the National Memorial Centre, after which we will be escorted to the gravesite. A celebration of his life will take place at Mike and Diane’s home starting at 1:00 pm on 27 October.

In lieu of flowers, donations to the CNIB or St Johns Ambulance would be appreciated.

So sorry to hear of Stu's passing. We have many fond memories from Nova Scotia, especially from the early 70s at Sheffield farm when we were new to the province. Our sincere condolences to Doreen, John, Michael and Suzanne.

Our deepest sympathies to Doreen, Suzanne, Michael, John and the rest of the family on the loss of Stu. I have fond memories of Stu and Doreen as they were such very good friends with my mom and dad over many years. Rest in Peace Stu.

Dear Suzanne, what an amazing life your father has had, you must all be very proud-

My sincerest condolences for your loss~

Suzanne,
Given the details that I just read about your Dad, he must have been a truly brave and compassionate man, who has lived a rich and remarkable life. You must be very proud of him. Andre and I send our most heartfelt condolences. 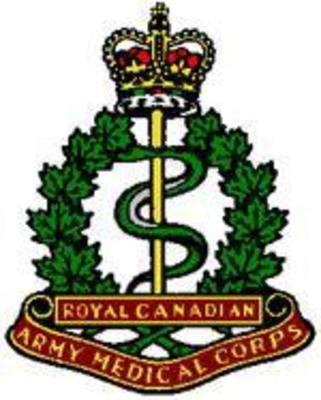