The portion of John Richard Quinn memorial that you are trying to access requires an extension in order to become active again. Would you like to contribute to the memorial?s extension?

John Richard Quinn, 25, of Ottawa, ON was taken from us suddenly on 10 October, 2016. He is survived by his loving parents Pete and (Colonel) Darlene Quinn of Ottawa, his Didi, John Blasko of Trenton, ON and his grandparents Gene and Elayne Quinn, recently of Sault Ste. Marie and now in Windsor, ON. His Baba, Olga Blasko, passed in August, and John was still grieving her loss; they were very, very close. He leaves several loving aunts and uncles, many cousins, and several close friends. John was born in Winnipeg, and moved frequently with military parents, living on both coasts (Wolfville, NS and Chilliwack, BC), Kingston, ON, and Ottawa three different times. He refused a move to Victoria in 2010 and lived independently in Ottawa since then. He travelled much of the world on vacations with his parents, and his brilliant smile lights up photos of cool sights around the globe. John followed a slightly different beat than most; for him flowers were not just green and red. He had great energy in grade school. His kindergarten teacher in Cultus Lake BC, and Michelle St. Onge at Castor Valley elementary school saw the real John and encouraged him on his unique, brilliant path. He was a profoundly gifted visual-spatial learner who made new, unusual connections, frequently baffling others with his apt insights. He was an outstanding, self-taught cook, creating new tastes and dishes from available ingredients, instinct and daring; he was sole licensed operator of his father’s gas grill. He enjoyed computer games and playing guitar. He was highly perceptive, deeply sensitive, a caring, nice kid; he would give away his last dollar or the shirt off his back if he thought somebody needed it. He was good with his hands and tools, and recently helped renovate both grandparents’ homes. He was studying math and computers at Carleton University. He was very good to his mom and dad, saw them frequently, and made them proud; they’ve both worked or studied with many brilliant people, and John was easily the most intelligent person they both knew. He loved, and was loved. Friends and family are invited to visit at Beechwood, Funeral, Cemetery and Cremation Services, 280 Beechwood Avenue, Ottawa, on Wednesday, October 19 from 12:30 p.m. A service to celebrate John’s life will follow at 2 p.m. In lieu of flowers or donations, please consider random acts of kindness to homeless people; John would like that very, very much.

My sincere condolences to you, Elayne and your family on the loss of your very dear grandson. He sounds like he was an amazing young man. I am truly sorry....may he rest in peace and may God wrap his arms around you and comfort you as you try to understand this tragedy.

Chris Bunce (Colleague and fan of Pete and his family)

Pete - I has sickened by the news of John's passing. My thoughts are with you and Darlene in this incredible difficult time. We would be honored should you think of anything my wife, Nancy and I could do for you, anything at all!
Please don't worry about anything at work. Although we are no replacement for you we will make sure your clients needs are met as best as possible.
Regards,
Chris and Nancy

Our thoughts and prayers are with you, Pete and Darlene. John was a special guy and he will be missed - even though he seemed to avoid our Engineer gatherings ;)

Dear Pete and Darlene, there is no way to adequately express our sorrow for your loss. Know that we are thinking of you and hoping for your best.
-- RnB

Dear Pete and Darlene:
We cannot imagine the pain you must be going through, but our thoughts and wishes are with you. We did not know John but saw a wonderful glimpse of him in the obituary; hold on to these memories and may they never fade. With greatest sympathy. Kathy & Kerry Rowe 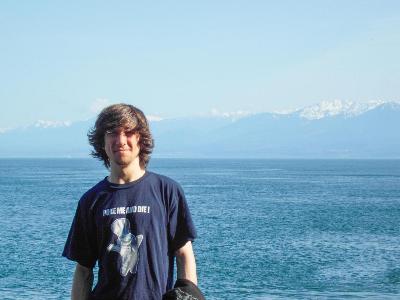 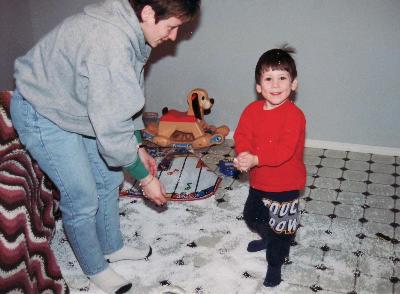 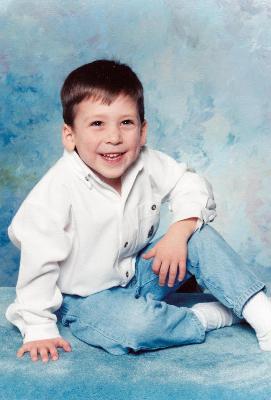 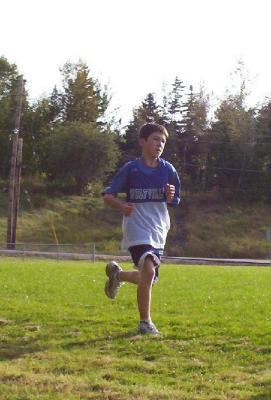 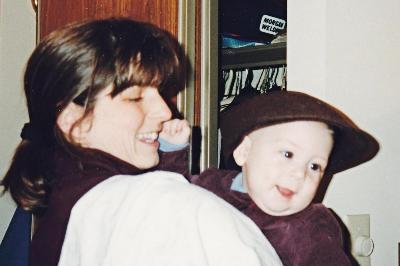