The portion of Joanne Elizabeth Rowsell (née Bayer) memorial that you are trying to access requires an extension in order to become active again. Would you like to contribute to the memorial?s extension? 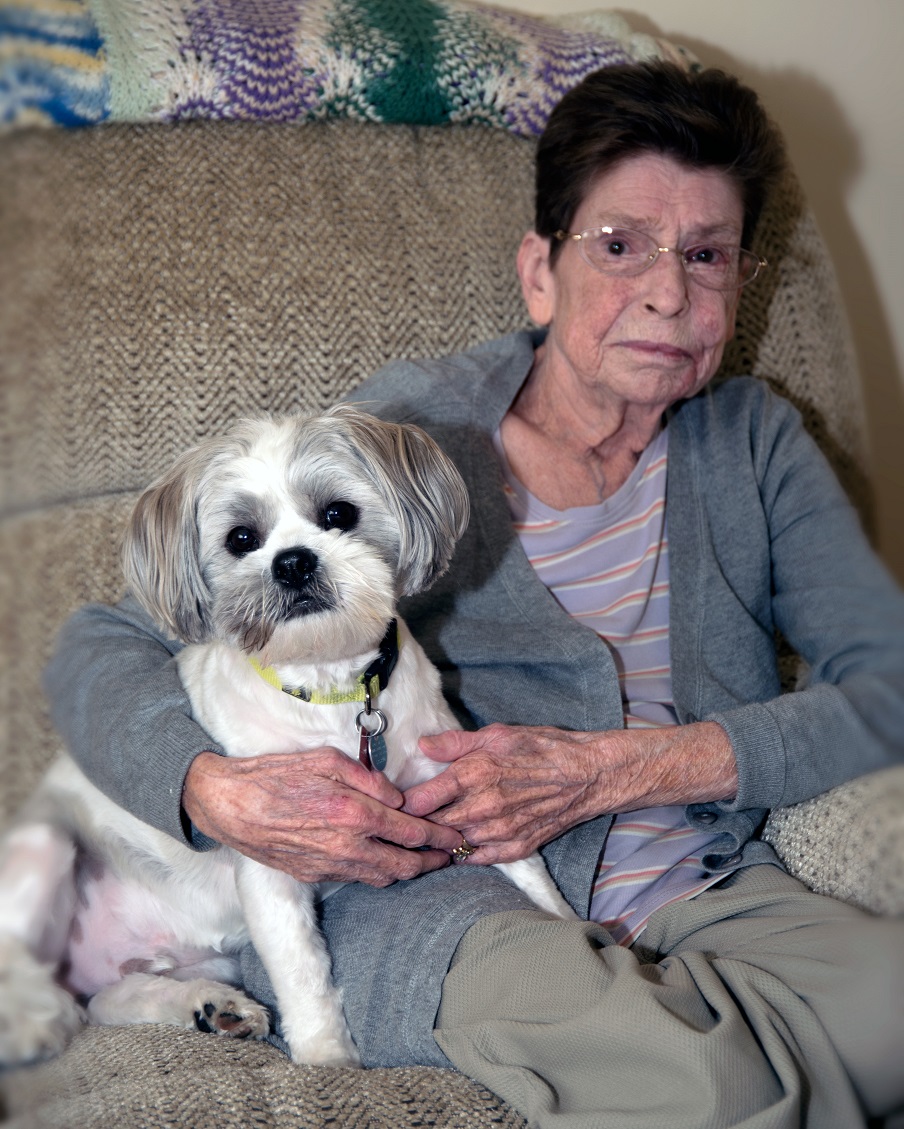 After years of successive painful illnesses Joanne Elizabeth Rowsell, age 73, passed very peacefully at the Queensway Carleton Hospital on 24 August 2017.
She is now the guardian angel to her husband of 52 years, Rexford (Rex) John Rowsell, her son Robert (Bob) John Rowsell and his wife Shelly, her daughter Kimberley (Kim) Ann Bourdon and her husband Raymond. She was adored by her granddaughters Jessica Rowsell, Kayla Bourdon, Alexandra Bourdon, Alyssa Rowsell, and her newly acquired grandchildren Shawn Hebert and Chantal Hebert, Shelly’s children. Not to mention her dog Bandit who will be looking for his morning cuddles with Joanne for a long, long time.
Special thanks to the Doctors and Nurses who have looked after Joanne over the years with her host of diverse medical issues right up to the end at the Queensway Carleton Hospital, emergency and ACE Units to allow her to pass with dignity and absolute zero pain. The family is most grateful.
As per Joanne’s wishes there will be no formal funeral service but Friends and family are invited to gather to celebrate her life on August 31, 2017 at the Beechwood National Memorial Centre, 280 Beechwood Ave. from 1PM to 3PM followed by a private family interment at the National Military Military Cemetery of the Canadian Forces. In memoriam donations may be made to the Queensway Carleton Hospital Foundation.

My Dearest Rex and family .. you have my deepest sympathy and condolences on the passing of Joanne. I will always remember hearing her yelling from the background "Hi Carol" or "Bye Carol" when we were on the telephone. Such a sweet woman .. now at peace .. no more pain and suffering. She is your forever guardian angel up in heaven. R.I.P. Joanne xoxo

Rex, I am truly sorry to hear of the loss of your lovely wife Joanne. Please accept my most sincere condolences and may care and love of those around you provide comfort and peace to get you through the days ahead.

My deepest and sincerest condolences to you my friend Rex and your family. You have spent a lifetime with your dear Joanne and have shared so many years of memories together. Our hearts are breaking for you, but I know the pain is now gone for Joanne, may she rest in peace. Kellie and Sam xxoo

Rex and family
Our deepest condolences. We are so sorry for your loss. We are thinking of you and your family during this difficult time.
Sylvia, Eric and Ian

Rex, Sorry to hear of the loss of your wife. You and your family have our sympathy.

My Bride:
2 days ago now my bride of 52 years passed away peacefully at the Queensway Carleton Hospital here in Ottawa. I have been reading a number of comments made by my family and friends and I am so very grateful.
I thought it time I waded in with my version of the Joanne and Rex story, so here goes.
We met in Halifax in 1964, October I think. I had recently finished my trades training at RCAF Station Clinton and Halifax was my first posting. On arrival, the first place I went was the Wet Canteen as it was called in those days, and I was hearing stories of all the young Nursing students from the Halifax Children's Hospital who lived in residence directly across the street from where us young, hungry RCAF guys were living. There was a great friendship between the 2 groups because everyone was about the same age and mostly newly living away from home.
At any rate I was in the snack bar on our side with a buddy of mine who eventually became my best man, Vic Anderson when these 2 nursing students came in. It must have been early evening. Vic was engaged to a young lady from Goderich Ontario and was truly in love with her. But I digress, at some point we approached these 2 young students and Vic started up a conversation with the one I was interested in, but he did not know that, it was Joanne, and they decided to cross the street to a party which was going on. I was left standing there, so I started up a conversation with Joanne's girlfriend, Shirley and at some point we went over to the party, all the time Shirley knew that the only reason I asked her to go with me was I wanted to see Joanne. Following so far??? It gets better.
Lets move a up a week or so when I secretly arranged with myself to watch for Joanne heading for work and I would casually meet up with her unexpectedly and walk her to work after taking the long way around the park. This worked out in my favour, it was the start of 52+ years together.
We got married on 30 Oct 1965 and our first posting together was to Whitehorse YT in 1967. From there I dragged her to Ottawa, Beausejour MB, Debert NS then back to Ottawa in 1982. She really was naive when we met and did not fully realize the life of a military wife was not well rooted, it was nomadic, us not as much as others but still we moved quite a bit. And of course there were my military duties away from home where Joanne became totally responsible for keeping things together and running somewhat smoothly.
Life progress for us, we had 2 children, Bob and Kim and they became rooted in Ottawa, that became their home and when they had children do you think Grandma was going to move somewhere else; forget it, we were now home in Ottawa.
52 year marriages do not just happen, they take more work than a lot of folks are willing to put in, but we, actually being on our own from a very early age, made it work. And making it work it large part was because of my Bride of 52 years. Damn, here come the tears again ....... OK, onward.
Joanne's health started to deteriorate a number of years ago and i won't go into the details because it is none of your business. Suffice to say, towards the end it fell to me to take over the household reins, an event that Joanne grew to detest; because it made her feel over dependent and that was not Joanne. She was he own woman right to the end, even her passing was on her terms, not the family, not the doctors but Joanne's terms.
We are all going to miss her dearly and our little dog Bandit is still looking for his morning cuddles from Joanne which became a daily event. He looks around for her and obviously doesn't understand and I don't talk "dog" so I can't explain it to him. But at any rate we will make out marginally OK but things will never be great again.
Got to close this down or my tears are going to short out my keyboard.

Well my darling I think we have almost everything in place for our Celebration of Your Life. Don't argue with me, you have done more than enough for others over the years to almost force multiple celebrations. We are expecting some out of town visitors on Thursday but that is not really a surprise.
But here is my surprise for you. I didn't tell you about this while you were still with me because you would likely call it rather stupid and ridiculous, but now that you can't put up an argument this the the tentative plan.
I intend to help you make your life a full circle by returning parts of you to those places that are important to you. The funeral home is creating 4 vials of your ashes for me and I intend to place them as follows:
1 to be placed in the spot at Camp Hill in Halifax where your Father rests,
1 to be put on the water so part of you can be with your oldest brother Jim,
2 to be placed on your Mother resting place at Malpeque PEI, 1 to be with your Mother and the other to be with your other brother Don. Some of Don's ashes were placed there years ago by the boys.
So kiddo, how do you like me now???
I decided on this while we were having our last chat, well I guess I should say I was chatting and you were listening because you no longer had the strength to talk or even blink you eyes ..... Oh, shoot here come the tears again ..... give me a moment.

OK, so I intend to take you on this road trip mid-September when we should be able to see the leaves changing colour for most of the journey. It should make for a very nice trip for both of us. Feel free to back-seat drive as you usually do.

I love you and miss you terribly right now and by Thursday of next week I know I will be a basket case. I will need to get out of town for a few days, just the 2 of us.

Well I guess that is all I have for now. If I think of anything more before Wednesday when they plan to cut the DVD I will log back on and bug you.

Got to get off, I am ruining my keyboard. 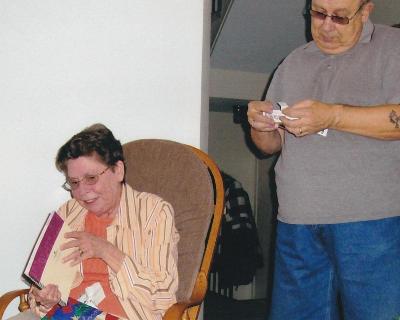 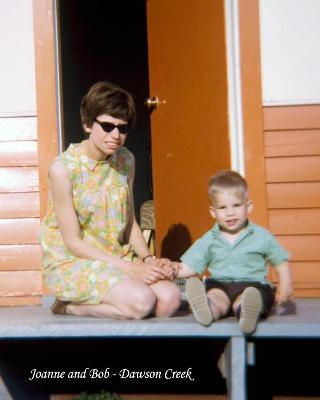 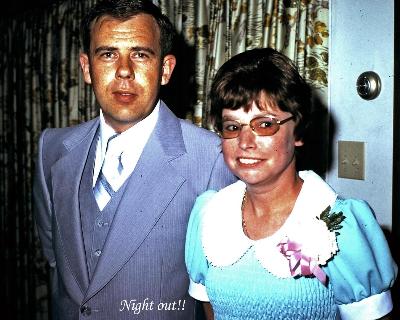 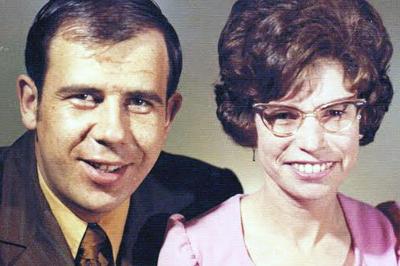 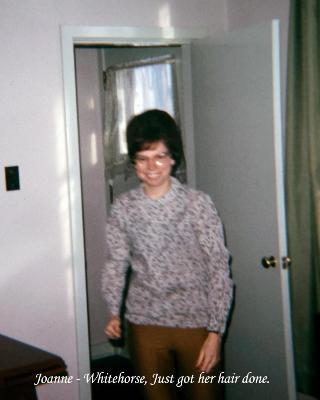