The portion of Jerry Rysanek memorial that you are trying to access requires an extension in order to become active again. Would you like to contribute to the memorial?s extension?


It is with great sorrow that we announce that following a sudden illness, Jerry passed away at the Ottawa General Hospital on Wednesday, January 30th, 2019, at the age of 72 with close family by his side.

Jerry was the loving husband of Marta, proud father to Mark (Natasha) and Adam (Michelle) as well as a loving grandfather to Ethan, Nicole and Olivia. He is survived by his brother Zdenek and sister Magda. He is predeceased by his parents and dear sister, Alena.

Jerry met Marta while studying at the University of Toronto, leading to over 45 years of happy marriage. They were best friends. Jerry started his successful career with Royal Insurance Company in Toronto, then joined the federal public service in Ottawa in 1982, where he became a leader in the international marine policy sector of Transport Canada for over thirty years. Jerry retired in 2012 holding the position of Executive Director of International Marine Policy. During his career at Transport Canada, Jerry represented Canada as the head of several Canadian delegations to diplomatic conferences and international committees. Jerry took pride in his roles as the Chairman of the 1992 Fund Assembly and Chairman of the Audit Body of the International Oil Pollution Compensation Fund in London, Vice-Chairman of the Maritime Experts Group of the Asia Pacific Economic Cooperation (APEC), and President of the APEC Port Services Network.

Jerry was known for his graciousness and hospitality when entertaining close friends and family at home. Jerry was also an avid traveler who loved music and opera. He and Marta visited every continent and made lasting memories in all parts of the world. Following his retirement, Jerry and Marta spent their winters in Sarasota, enjoying the company of friends.

Jerry will be remembered for his optimism, diplomacy, dedication, generosity, and above all, his sense of humour and wit.

Family and friends are invited to Beechwood, Funeral, Cemetery & Cremation Services, 280 Beechwood Avenue, Ottawa on Saturday, February 23, 2019 for a memorial service at 1:00 PM.

In memoriam donations to the Canadian Cancer Society are appreciated.

Dear Marta,
Please accept our sincere condolences on your loss of Jerry. We will miss him greatly. Yours, Vera and Jaroslav.

It is with great sorry , that we have heared of the passing of our friend Jerry , we think back of all the fun times we spent together, when Marta and Jerry lived in Toronto.

And when they moved to Ottawa , they were the first people we called when we visited Ottawa , on a trip or business, and once again we spent many hours enjoying their company , and the many delicious meals Jerry would prepare.

Our thoughts are with Marta , and Mark and Adam and their families , and all will be in our prayers.

Our deepest condolences to you Marta, Mark, Adam and extended family. Jerry was such a lovely human being, and we will forever remember with fondness his generosity, delicious food, and wonderful company.

A good soul rises to an eternal rest. Rest In Peace.
Marta, thinking of you.
Love,
Pauline 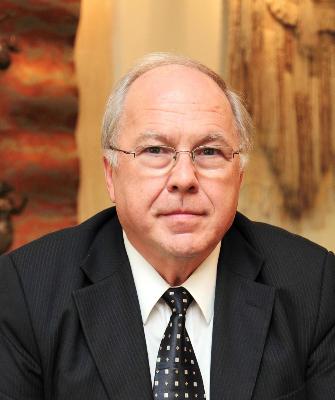