The portion of Jacqueline Simone Bustos memorial that you are trying to access requires an extension in order to become active again. Would you like to contribute to the memorial?s extension? 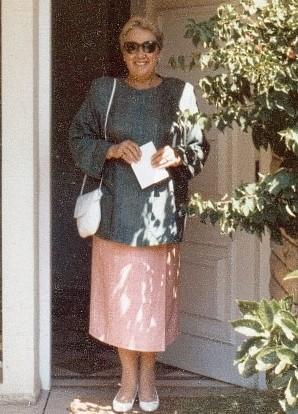 She leaves behind her loving husband and companion of nearly 63 years, Luis A. Bustos, her only surviving daughter, Marie-Françoise Bustos, and her three nieces, Chantal, Katryn and Simone Verdonck, daughters of her late brother, Bernard Verdonck. Her son, Paul-Luis Bustos, predeceased her in 2006.

Jacqueline lived a full, rewarding life, travelling from France to South America, where she met her husband, and moving with him to Canada, where together they made a new life for themselves and their children. Her husband’s work took her to Mexico, Portugal, Brazil and finally back to Canada, where she enjoyed a retirement filled with engaging projects and good friends. She will be missed by all whose lives she touched.

The Bustos family wishes to thank the staff at Montfort Hospital for their efforts to make Jacqueline’s last days as comfortable as possible. There will not be a funeral, as her husband’s health would not permit him to attend, but a mass is planned. Details will follow.

Marie-Françoise, my cherished friend. I send to you my sincere condolences for the loss of your mother. You are in my thoughts and in my heart.

My thoughts are with Luis and Mary Frances on the loss of their accomplished and elegant wife and mother. Her warmth brightened us all.

It was with great sadness that I learned of Jacqueline's passing and my heart goes out to Luis and Marie-Françoise. Please accept my sincere sympathy with your loss.
Although I was no longer in close touch with the Bustos, I have wonderful memories of our years together in Portugal. Among them is a toboggan ride down a wooden hillside path on Madeira.
Multi-talented Jacqueline was an inspiration to her friends when she successfully completed a demanding degree in design at a prestigious Lisbon institute.
With my warm wishes.
Erika

With great sorrow I have received the news of Aunt Jacqueline, although by the distance we did not see each other so much and the times that we shared, the love and expressed love filled our hearts with joy.
I know that in these moments he is in company and sharing with my dear father, grandparents and my cousin. From Chile I express my sincere condolences to my uncle Luis and Fanshion, I send them the greatest strength that can be had at this time

Our hearts reach out to you, blessings and prayers for you and your daughter as you come to the realization that Jacquie has been granted the final gift of peace.

Think we met in 73 in Ottawa, awhile ago. 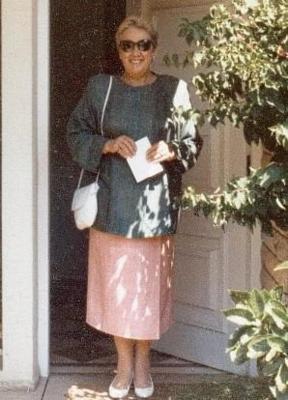