The portion of Harry Joseph Zarins memorial that you are trying to access requires an extension in order to become active again. Would you like to contribute to the memorial?s extension?

A man of integrity, loyalty, and generosity, Harry was the best father, husband, son, brother, and friend you could have. He died in Ottawa with complications from Lymphoma with his family by his side.
He was married to Jane Kelly and had two wonderful children, Nicholas (Montreal) and Alexa (Antigonish, N.S.), a brother, Peter (Maryse) and several nieces and nephews.
Born in Montreal to immigrant parents Elisabeth Wurdinger (Germany) and Nikoljas Zarins (Latvia), he was a proud Canadian. He attended Darcy McGee High School, then McGill University. He worked enthusiastically in the field of athletics at McGill University, University of Victoria, and Concordia as Director of Athletics. He later moved to Ottawa and worked with Water Polo and Soccer associations. He became the Executive Director of Brain Injury Canada and with passion he brought the association from a small grass roots organization to national conference status.
An avid Football fan, he became a certified referree in which he enjoyed the camraderie of the team and was involved in both the amateur level and the CFL.
In his last month he discovered that he loved painting through the encouragement of May Court Hospice. He was optimistic and determined to the end.
“The pessimist sees difficulty in every opportunity. The optimist sees the opportunity in every difficulty.”
In Harry’s memory please consider a donation to May Court Hospice Ottawa or Brain Injury Canada.

So sorry for the loss of a great guy

Debbie Tracey (Former coach of Alexa while she was at Immaculata)

Prayers that the Zarins family may find peace.

Harry Zarins served as a mentor to me at McGill University. My deepest condolences to Jane, Nicholas and Alexa. I have written the following obit for the McGill Athletics website:

OTTAWA -- McGill Athletics & Recreation is sad to announce the passing of Harry Zarins, a former athlete, coach and administrator at McGill University. He was 65.

A native of Montreal, he died in Ottawa on Dec. 26 of complications from lymphoma after a tumour was found in his liver in September. He had served the past eight years as executive director of the Brain Injury Association of Canada and was the chief executive officer of Water Polo Canada from 2005 to 2008.

Zarins was a university sports administrator for 26 years, with stints at McGill (1976 to 1991), Victoria (1991-1993) and Concordia, where he served as director of athletics from 1993 to 2002. After leaving the university scene, he was president of Harry Zarins Enterprises, a business management consultancy company, from 2002 to 2008.

"A great loss to us all," said Pat Sheahan, head football coach at Queen's University who worked alongside Zarins during former coaching stints at McGill and Concordia. "A real (Canadian university sports ) visionary who was in many ways ahead of his time. Some great years at McGill and to date the most successful decade in Concordia University athletics history."

Born Harry Joseph Zarins on Jan. 2, 1951, he graduated from Thomas D'Arcy McGee high school, then went on to play varsity water polo during his undergraduate years at McGill, before earning an arts degree in geography in 1974. A University Scholar, he was a member of the student senate, elected president of the Education Undergraduate Society and received a Scarlet Key award for leadership.

Zarins had a lengthy career in administration, serving as sports information director at McGill, along with stints as a swim coach and aquatics instructor. He oversaw the McGill athletic department's intercollegiate programs for 15 years, from 1976 to 1991, including the 1987 season when the Redmen won their only Vanier Cup national championship.

"An incredibly nice man who always had a positive, kind word to share," said Chuck Petitpas, who kicked a winning 46-yard field-goal with no time remaining in the 1987 Atlantic Bowl, a 30-29 victory over Saint Mary's, which sent the Redmen to the Vanier Cup game. "He will be missed."

Messages of condolences can be left online here and/or on his Facebook page.

Harry always shared a kind word, warm smile, helping hand or a supportive action just when it was needed most. Thanks for being such a wonderful colleague and good guy.

So very sad to hear of Harry's passing. He was such a dedicated McGill alumnus and I enjoyed the various McGill events we attended together in Ottawa. He will be missed by so many. 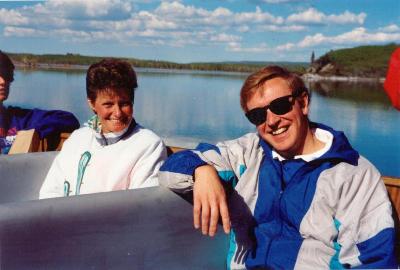 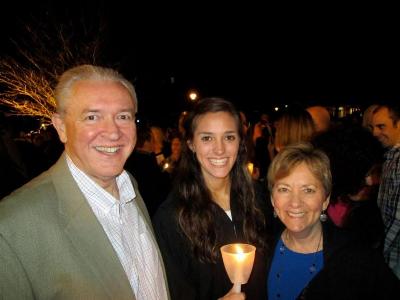 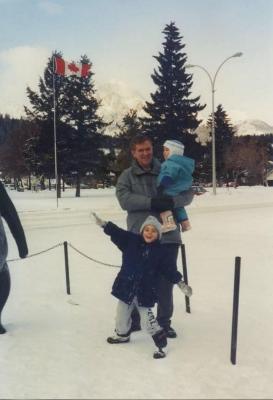 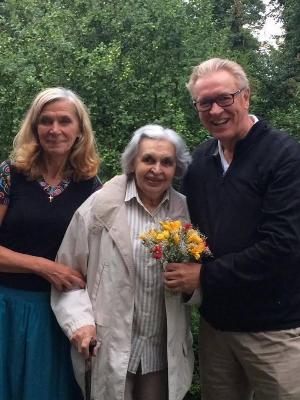 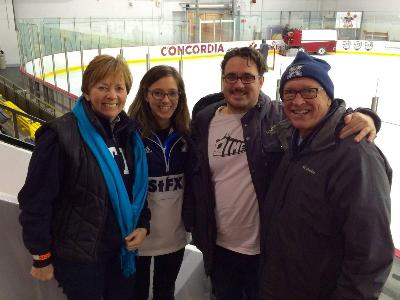